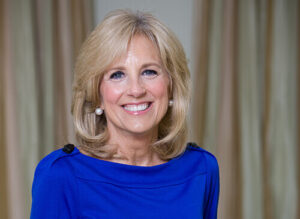 I don’t want to link to that WSJ op-ed from one Joseph Epstein, because it has received way too much traffic already and should not have been published. I would like to comment on it now, though, as I see today something happening that is an unfortunate backlash. Remember when we had to stop people from carelessly trying to insult #45 by insulting his obesity? And they did so in ways that insulted all people of size, who did not deserve that vitriol. Remember? We had to remind them to stay focused. The size of #45 was not the problem anyway, and what you were saying was hurtful to folks who have nothing to do with #45.

Now a parallel thing is happening, as we learned from Northwestern University in their statement that Epstein was merely a lecturer, and had not even been in that role since 2003. The English Department further added that Epstein was an “adjunct lecturer” as they wrote out against “the diminishment of anyone’s duly-earned degrees in any field, from any university.”

And now just stop right there. Do not go off insulting the adjunct faculty that literally keep our institutions of higher education afloat. In the trend towards increasing contingency seen across colleges and universities spanning several decades, the number of tenure-track faculty positions goes down as the number of contingent, contract, and adjunct positions goes up.

Do you realize that adjunct faculty comprise about 2/3 of all faculty? Yeah, really (1, 2, 3, 4, 5). Epstein’s issue isn’t that he was an “adjunct lecturer” any more than #45’s issue is that he is obese. I have read way too many hurtful posts on social media today against adjunct faculty, and they are misdirected. The hierarchy and elitism present in academia is a topic for another day, but there is no need to insult those who majorly hold up your institutions of higher ed today. Please stop.

From what I read in Epstein’s little rant, he seems to have a problem with women claiming their authority and expertise, perhaps in the specific ways in which he is lacking. He literally spells out how uneducated he is, and how (for whatever reason) Northwestern had allowed him to teach for decades, and that students would often refer to him incorrectly as Dr. Epstein, and how funny he thought that was. Bro, that was funny because you don’t have a doctorate. Your insults of Dr. Biden are weird. She has a doctorate. Your pettiness is showing, and your mansplainy, unsolicited advice to someone more educated than you, about how educational honorifics work, is painful to see. It’s painful because it reads pathetic, which makes me almost feel bad for you, but it is also painful because it’s yet another instance of a man telling a woman how to be. And that you addressed her as “kiddo”?! Take several seats.

The problem with Epstein’s unsolicited advice piece in the Wall Street Journal is, of course, that he thinks he has a right to tell a woman how to be, and to not allow her to use her credentials. There is also a long and varied history in academia, generally split along gender lines of whether faculty use first names, or Dr., or Professor, and we know that there is a wide pay gap still today. Ask a female-identified academic how many times she has been mistaken for being a secretary or a student. You don’t need to ask whether it has ever happened, because it has happened, as much as sexual harassment and other elements of the hostile work environment are all too common.

But no. Dr. Jill Biden does not have to relinquish her titles in order to make less-educated white men feel better about themselves. Women in general, women of color in particular, should use the honorifics that go with their degrees, especially when, like Dr. Biden, they work in higher education. That “Dr.” prefix stands for doctor, which comes from Latin “docere” which is a verb meaning “to teach” and a noun meaning “scholar” so… it’s literally her, kiddo. Read a book and get on her level. And, everyone else, please leave adjunct faculty out of this.

Unless otherwise specified, all content on this site is original work and is copyrighted by Professor City LLC. This means that no, you cannot copy-and-paste content from this site elsewhere, without permission. Brief excerpts up to 30 total words may be quoted with citation and a link back to the exact URL from which the brief excerpt is quoted. All images are copyrighted and may not be used elsewhere without licensing. For all other uses and with any questions, please contact the author.


This article is the original work of the author noted below. © Professor City LLC - professorcity.com

Erika is an award-winning, long-time educator, who consults with individual faculty and administrators on how to meet their teaching goals. She is now also a population health researcher and sociology PhD candidate at the University of Minnesota, which means for now, she is a senior adjunct professor, a consultant, a research assistant, and a student, all at the same time. This has enhanced her understanding of the issues students may face, especially today.